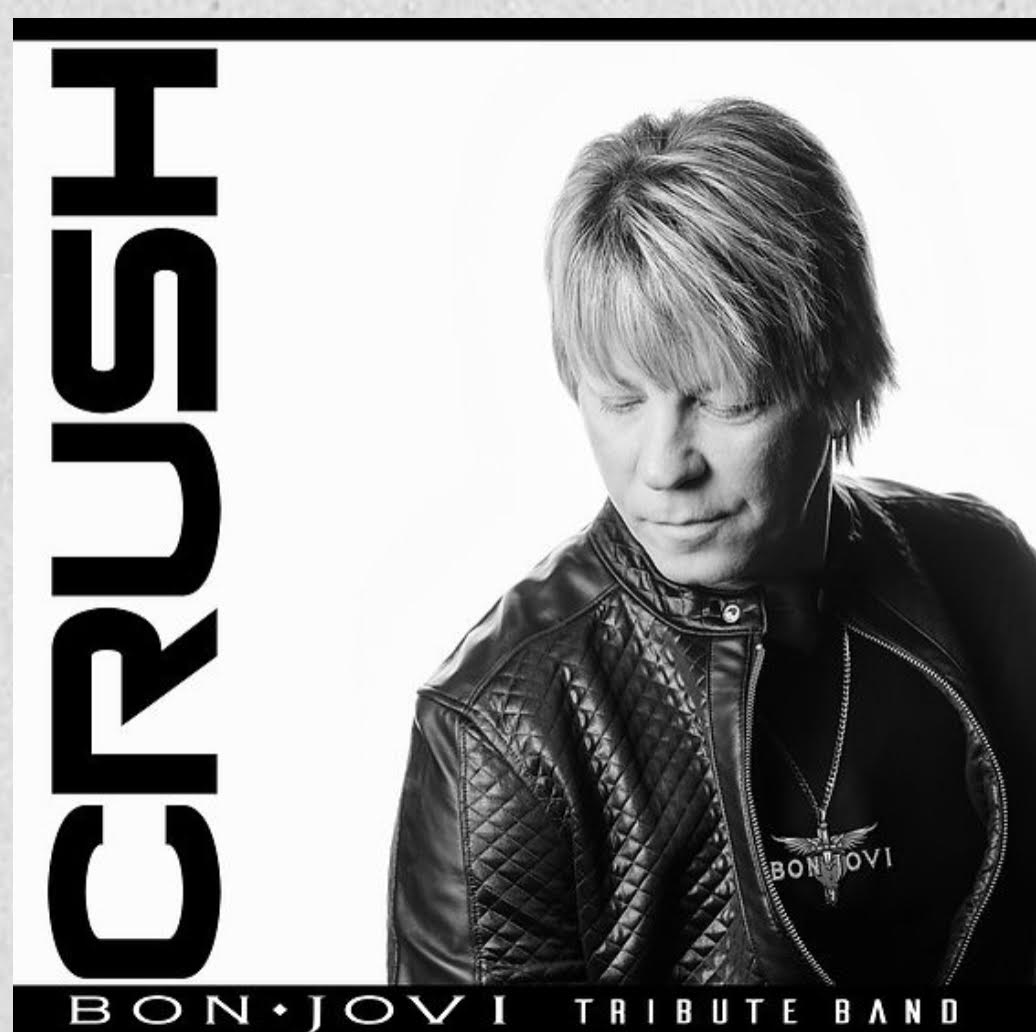 Get your tickets at:
Daviess County Chamber of Commerce
or
Springs Valley Bank and Trust
or
Buy Individual Tickets Online below:
Crush - Bon Jovi Tribute

Crush the Ultimate Bon Jovi Experience based out of Indianapolis, Indiana formed in 2019 and is led by frontman and lead singer Doug Shepard. Doug, who strongly resembles Jon Bon Jovi captures not only Jon's look but also his energetic showmanship and dynamic vocal expression.

Joined by his wife and vocalist Anna Martinez Shepard. Crush captures the signature vocal harmonies and melodies that made Bon Jovi mega superstars through the 80's.

Bentio DiBartoli (formerly with Eddie Money) on lead guitar plays all of the signature Richie Sambora riffs. His monstrous guitar tone and signature talk box licks help make Crush's live show one that Bon Jovi fans go wild over.  Brian Barchman on drums is the heart and soul of the group. His ability to play in the pocket and to capture the rhythmic groves of Ticco Torres is like no other. Jason Koch on bass along with Gary Higgins on keys help to fill out the signature sound of Bon Jovi with melodic bass lines and signature keyboard sounds making Crush a Bon Jovi Experience like NO OTHER!!

In their short time together Crush has performed for corporate companies like, Royal Dutch Shell, and Simon Property Groups, and have played through out the state of Indiana, as well regionally.